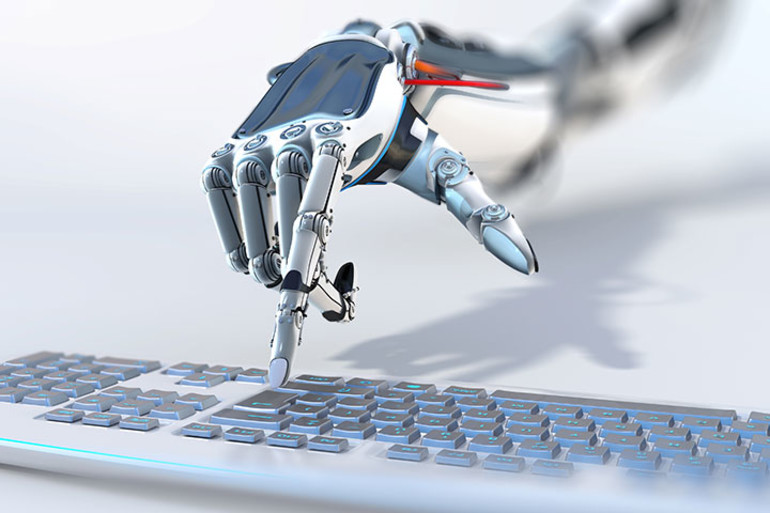 Robots in the service of productivity and creativity

RPA as a technology enables the automation of certain repeatable tasks with the help of software robots and artificial intelligence. Their main goal is to replicate the interaction of a person with the software.

Automation of business processes is not something new or unknown. In many ways and in many forms, it has been a faithful companion of the business world for a long time.

Yet, in recent years, new procedures and methods have entered the scene using the main entrance and redefined the scope and standards in this area.

Robotic Process Automation (RPA) is one of the ways to automate business processes, integrating CRM, ERP systems and other business systems by using robots.

RPA as a technology enables the automation of certain repeatable tasks with the help of software robots and artificial intelligence. Their main goal is to replicate the interaction of a person with the software.

It is, however, in its beginnings. I am saying this because the main focus is still on the automation of manual and repetitive activities. This is undoubtedly a way to enhance the productivity of both an individual and an entire company.

This is not the only thing this technology is capable of. Equipped with programmed logic and contextual understanding, software robots can replace humans in much more than just manual tasks.

If we talk about an attended automation then the role of a human being remains crucial. He has a task to launch a robot to do its part in finishing repetitive work thus freeing up the time for handling more interesting tasks. By putting a robot on the job, the employee can avoid boring and frustrating tasks that negatively affect the efficiency and motivation.

An unattended version offers a pre-programmed mechanism by which the robot is „awoken“ from the server when a specific event occurs or when scheduled point in time is reached.  After the job or series of task, lined up on the waiting list, is done the robot returns to sleep mode, again according to pre-programmed rules. Role of the employee here practically no longer exists.

What does the RPA do?

This technology is being added as an upgrade to existing systems, allowing robots’ integration and operation without the need for something to be changed in the systems itself. For example, to access data from a CRM software solution, employees will no longer be in need to involve anyone else. They will be able to solve everything at the user interface level. This reduces the total cost of doing business.

Which segments of the business can be automated?

Practically everything one person does in interaction with a computer and each task that does not require specific decision. For every copying, collecting and transferring of data, various calculations and many other actions that are performed on the click, the supporting forms that increase the efficiency of the work can be define.

Saga has been present in the RPA technology market for five years now. Everything started with application in large contact centers, where one operator can be using a large number of applications thus making his work quite labor intensive. Software robots can replace people in the processes of data collection from different sources, in making consolidated reports and in data entries that are automatically updated in all back-end systems.

One of the best examples, from our practice, was the implementation at one Bahrain located contact center where each operator worked using 27 different applications. As an illustration of the complexity of the operator’s job and the possibility of error, I would only point out that domestic contact centers’ agents work with five to seven applications. Call centers, especially those larger and more complex, were a perfect starting point for gathering unambiguous evidence on how much RPA can really help in the course of everyday operations.

Everything started like that but then an explosion in use of this technology occurred. The application from the contact centers expanded to the complete automation of the front and back office processes.

For one public administration department in England dealing with the approval of child support, Saga worked on automating back office activities. The processing of each request included a lot of manual work and lasted, on average, 45 minutes. During this time, the employee had to process the documentation sent by the user and consult several state registers in order to obtain other necessary information. After that, gathered data was loaded into the calculator to form a final report and reach final approval or refusal of the request. After the automation, the length of the process was reduced to less than three minutes, which was a saving of over 12,000 minutes for about 3,000 monthly requests.

On the domestic market, the banking sector was the first segment to recognize the need for further automation. One of the relevant examples from the practice is the integration of back office operations related to the opening of the account for legal entities. Robot, instead of the employee, collects data from external sites about ownership structure of the company, balance sheets and everything else that is necessary to open the account. The accomplished savings in time go over 50%.

There are examples of the implementation of robots for daily bookings of interest that is performed based on the programmed logic. This speeds up the process but also reduces the possibility of a human error.

The implementation of RPA technology is quite fast and agile while the whole process requires a lively interaction between the client, analysts and engineers working on the development. A software robot, developed for one functionality, contains a lot of components that can be reused and thereby speed up the development. Once implemented, robot is located on the network and can be used by all who had to perform certain activity. Such a perfected working system increases productivity and reduces the average process time by some 40%.

How does the implementation process running?

Initially, we always start with Proof of Concept to introduce the technology to the client, as there is still a misunderstanding of what it actually offers. In this way, the idea and purpose of software robots is brought closer to clients. They have the opportunity to get closer to the concept which is not to replace people but to free up the time for more productive and creative jobs.

Implementation itself is a continuous process. Initially, a detailed analysis of the process in question is done with a description of the steps that make that process and the logic behind the decision making. What has been analyzed is then documented and followed by the implementation. After testing, functionality is released on production. The key point during the analysis is measuring how much time each step takes in order to compare the results after implementation. All this is done in order to identify direct savings and estimate the return of investment time which lasts, on average, 6 months.

The importance of the RPA market has been recognized by leading market research and consulting companies like Forrester and Gartner. They are actively following developments in artificial intelligence segment. The conclusion from the Forrester research is that the growth of the IPA market is doubled every year. In 2016, the value of the market was $ 250 million, in 2017 it was $ 450 million, while for 2021 the prognosis is that it will reach 2.9 billion.

All of this allows IT companies to take part in the digital transformation process, and RPA as a part of it. By using a good tool it provides they can focus their efforts on consulting and optimizing business processes. As the future of IT companies increasingly moves towards consulting, business process management field included, the further development of the RPA and AI market will surely bring up new roles and areas in which IT will be indispensable support for business.

How AI based CRM can change your business?

How AI based CRM can change your business?