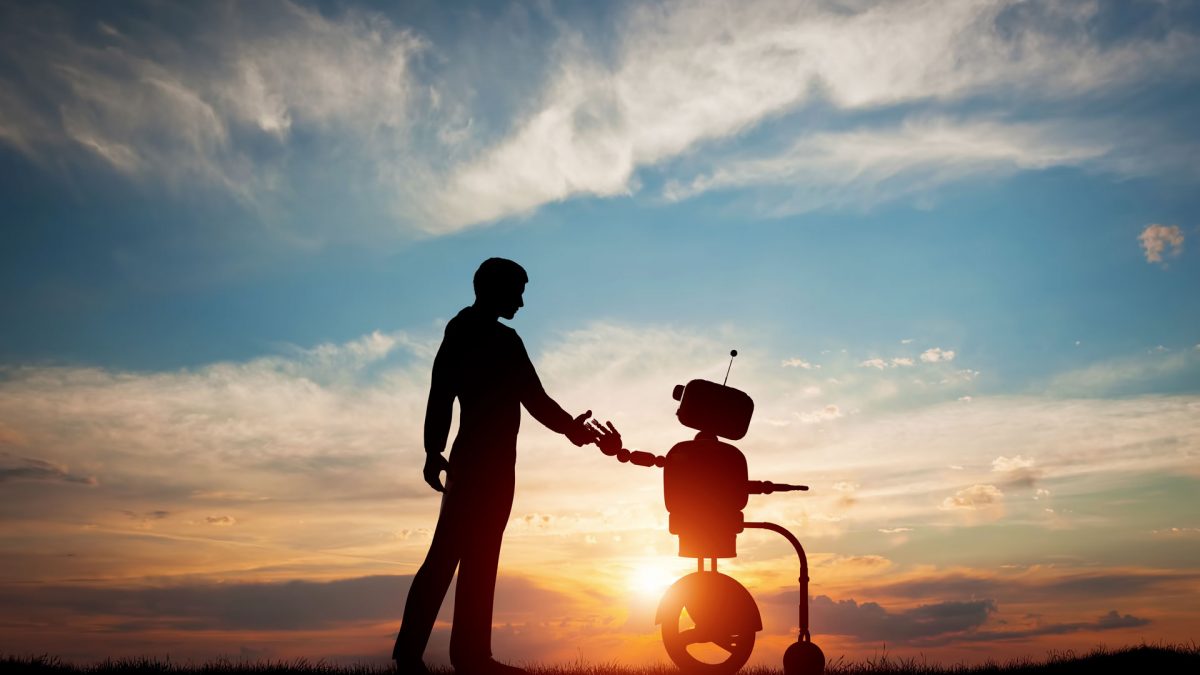 There are many articles written about how technology could replace people’s participation in doing business. In one such article, the author went so far as to say that technology will change its purpose and meaning. It is even mentioned as new technological solutions, I quote: “… bring unemployment due to our discovery of a way to economize the use of labor that exceeds the pace at which we can find new purposes for manual labor.”

The impact that process automation has in various organizations is evident and that we will move away from data entry and manipulation roles, but there is no room for doomsday speculation and that robotic process automation (RPA) and artificial intelligence (AI) will remove millions of jobs.

What if companies accept automation to create win-win or zero-sum scenarios?

However, in a game with a positive-sum, both sides can gain at the same time, and often gain more through cooperation than through independent action.

The perception is that the amount of jobs (resources) is limited and the number of players is final. There are two basic errors in this logic:

Resources are not limited if you help the company grow.

“Players” are not limited, either due to the growth or reduction of the workforce due to the senior population (although in Japan automation is even needed due to more experienced seniors).

The automation articles I mentioned at the beginning present process automation as a zero-sum game. In their opinion, robots take away people’s jobs, which means that others will lose.

Therefore, robotics itself, as a new technological era, must be viewed exclusively as a game with a positive-sum. A game in which both sides, by mutual understanding, can win. By putting the robot into operation, employees get rid of monotonous and frustrating jobs that affect the decline in efficiency and motivation, but employees are still involved in controlling the robot, checking the generated results, and deciding on the further course of the process. While on the other hand companies, large and small in all industries are reaping the fruits of digital transformation in the form of cost reduction, increased productivity, improved performance, 24/7 availability, and even accuracy in the implementation of these processes.

This could be described as an expected win-win scenario.

Automation cannot do activities that require creativity and emotional intelligence, as well as assessment and reasoning. People will always be needed in the organization.

If employees make a significant difference, then they contribute to the overall value of the organization. However, 95% of respondents believe that they would be more engaged and could, therefore, have an even greater impact on the organization if they were allowed to focus on meaningful tasks instead of administrative ones.

Organizations that want to create win-win scenarios must embrace technology as a means of generating benefits for their employees, rather than replacing them. The goal should be to create a more engaged employee who continuously learns and grows. It is necessary to work continuously on creating awareness among employees about the acceptance of the fact that technology will develop unstoppably and that their jobs will evolve. The organization and employees should be mutually aligned with this understanding.

RPA is one of the currently leading technologies and as a regional pioneer in the era of software robots, we have also gained huge experience working with large companies and their complex systems. Thus, we have further established our expertise in this area, which clearly shows that robotic automation is an increasing need and makes a “transition” between manual interaction and complete process automation.

Our team is committed and advances further in this area, towards cognitive RPA, as the next stop on the path to complete process automation. We always try to make such implementations as painless as possible and we try to involve the client during the implementation process, to more easily adopt the technology and easily overcome such a great challenge. For them, we are always there both in the field of maintenance and when it comes to consulting services.

In reality, there will always be change. Companies need to be ready for change and find a way to be more competitive by just changing technology. Employees need to embrace lifelong learning and be more adaptable and pragmatic to the growing needs of the organization.

Willingness to change starts the game with a positive sum

In a setting where employers introduce technology and improve processes because they see a zero-sum game, employees fight change, and all it takes is to embrace technology and create a good win-win situation for all affected parties. After all, as Charles Darwin wrote:

“The strongest members of one species do not survive, nor the most intelligent, but rather the one most adaptable to change. “

– So don’t be afraid of robots, get ready for them!

Gold sponsors of the TEDxUsce conference

Gold sponsors of the TEDxUsce conference